The sixth edition of the festival was marked by the twentieth anniversary of “jesusonecstasy”. In the late 1990s, it was the name of the music band funded by Mitja Cerkvenik. After the band’s breakup, it became a pseudonym, under which he produced his electronic works or remixes. From his first steps with the use of music production programs until now, jesusonecstasy has based his performances on improvisation with analog synthesizers and self-made sonic devices. 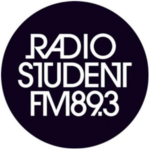